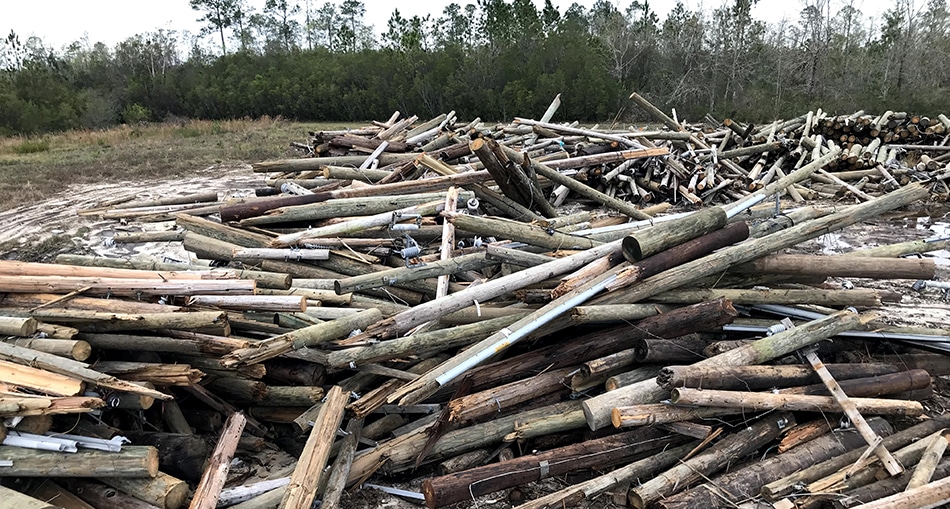 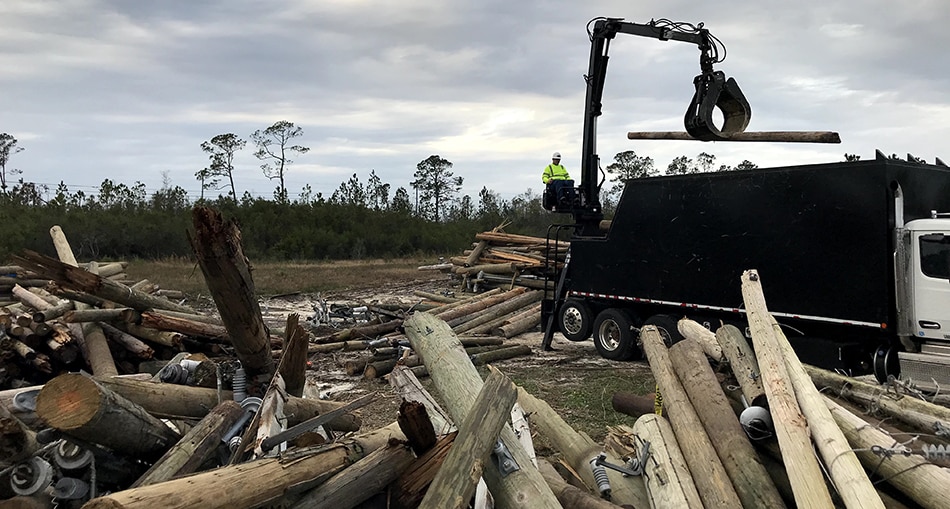 Program Scope: The program designed allowed for pick-up of large stockpiles of downed poles in three separate locations. In total nearly 2000 poles were removed within a 30-day period.

Disposal Approach: While most of the general waste stream from Michael was landfilled, our program was created to support a more sustainable outcome through recycling of usable poles. Using this approach we ultimately were able to divert 78% of the total wood waste stream from local landfills.

Get Your free Disposal Analysis